End-to-end encryption (I)
Increasing cooperations between IT companies and states – Is this the end of secure messaging in Germany?

Billions of data with a standard end-to-end encryption are sent and received daily. Meanwhile the surveillance interests of states and authorities are steadily increasing. For years opponents and proponents of encryption have been forming worldwide. 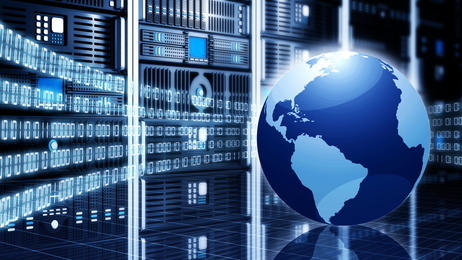 Many states want to massively expand the hacking capacity of state authorities: Not only authoritarian regimes but more and more western democracies nowadays see encrypted communication as a major threat to public safety. They demand to weaken encryption of communication and the ability to use spyware on smartphones. The encryption keys are managed by large Internet corporations, which can also specify who can access the plain text secretly. Access to these cloud systems or hardware implants for preempted data traffic interception is becoming more and more a focus. The big Internet companies such as Facebook, Google or Amazon are now so powerful that states seek to cooperate with them and the interests of users are taken less care of. The opponents demand a strong and secure encryption which, however, at the same time cannot interfere with investigations. However, a concrete and feasible implementation of such a technical solution does not exist yet.1

Nevertheless, the pressure on suppliers is increasing and is currently very high, especially in the USA. Germany’s position is contradictory, but a turn away from a German cyber security policy seems more and more likely.

"This is demonstrated by the BKA law of June 2017, which legitimizes the use of surveillance Trojans on end devices such as smartphones, or the creation of the Central Information Security Authority (ZITiS), which is to develop the same surveillance solutions. While the encryption software remains technically untouched, the communication on the terminals should instead be read out before encryption by means of state monitoring software."2

In June of this year, according to plans of the Interior Ministry, encrypted messenger services should be forced to set up a listening interface.3 Thus, the operation of a secure messenger within Germany will no longer be possible.

02.10.2019 - End-to-end encryption (I): Increasing cooperations between IT companies and states – Is this the end of secure messaging in Germany? [more...]

30.10.2018 - Informational self-determination – the concept of decentralisation as an alternative to powerful data gathering companies [more...]